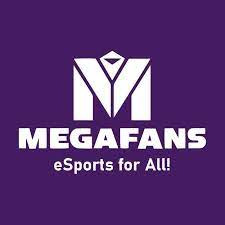 SAN DIEGO, October 4, 2022 (Newswire.com) - MegaFans, the world's first mobile eSports community, has partnered with CROS Game Studio in Hanoi, Vietnam, to offer eSports tournaments with rewarded gameplay. These eSports tournaments will take place within CROS's games such as Ookeenga as well as other mobile games set to be announced soon.

The partnership between MegaFans and CROS Game Studio will bring MegaFans' eSports tournament play to CROS's already popular mobile games, thereby increasing user acquisition, retention and monetization of their combined player bases. Bolstering their communities in parallel with this enhanced way to play is a major focus for both companies.

MegaFans recently achieved a milestone number of over 600,000 new registered users, providing an exciting opportunity for audience playership across both platforms. Integrating the MegaFans modified SDK into CROS's suite of games will provide added value to the already vibrant community.

"I believe that a quality mid-core game such as Ookeenga from a quality studio such as CROS is the best opportunity for MegaFans to increase and add value to our combined communities, as well as grow our businesses together with this strategic collaboration." said Jeff Donnelley, CEO of MegaFans.

Ookeenga (OKG) is a 3D NFT gaming project that combines blockchain technology with breathtaking graphics, appealing world-building, and addictive gameplay to create a uniquely immersive Play-Own-Earn experience developed by CROS Game Studio and published by Spores Network. OKG is set in a world where insects have evolved and built a massive civilization in an ancient forest called Glaik (The Sacred Forest), which is divided into two factions: the Akhah (Pureblood) and the Ahika (Mixedblood). In this chaotic fantasy world, players will be able to build forces, develop their own tribes, and engage in fierce battles to hold dominion over the Forest.

MegaFans is an infrastructure platform for game developers offering software as a service (SaaS) with its eSports software development kit that spawns live tournaments inside games to generate revenue, as well as increase retention and player lifetime value (LTV) — the ultimate key performance indicator of gaming.

MegaFans (Mobile eSports Gaming Fanatics) is building the world's first mobile eSports community using blockchain, cryptocurrency and NFTs in a play-to-earn environment for gamers, collectors and developers, where three billion daily active users can play, compete and win prizes. MegaFans offers turnkey solutions for game publishers that increase monetization and retention by enriching the players' experience and their communities. MegaFans' mantra is "eSports for All!" which focuses on underserved markets around the world. The company uses a leaderboard format that features multiple tournaments simultaneously to an infinite number of players globally, no matter what skill level or geo-location. Links to MegaFans' social media and company channels can be found at https://linktr.ee/megafans_esports.

Spores Network and CROS Game Studio covers all major areas of game development, including visual production (2D and 3D), programming, game design, project management, and QA. With hands-on experience in the technology field, CROS provides a wide range of services including IT infrastructure setup, system integration, network monitoring, transmission channels, and security solutions. This Vietnam-based studio is a four-time winner of the Blue Bird Award in the Game-Tech industry and its  games are among the most downloaded apps in the Apple App Store and Google Play.

Get notified about new releases.